Five Reasons Why You Should Reinvent Your Smoke Shop

A smoke shop usually conjures up images of a cigar store Indian outside a quiet storefront with a charming old-timer behind the counter selling cigars and clove cigarettes. 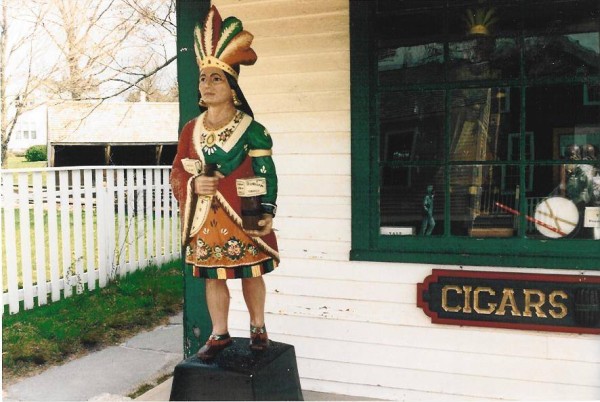 The VTM Market is On Fire

Vaping products include both electronic cigarettes or “cigalikes” as well as vaping hardware and e-liquids – collectively known as the VTM market (short for vapors, tanks & mods).

The VTM market is on fire. Last year, the e-cigarette market totaled about $1.4 billion, while the VTM market rose to $2.5 billion.

Products in the VTM market fall into two major categories: hardware and e-liquids. Most people who are new to vaping buy a “starter kit” which is relatively inexpensive – generally less than $30. These simple devices allow the consumer to vape an e-liquid, usually containing nicotine. They’re not that complicated and don’t require a lot of education.

So why would a smoke shop owner consider selling VTM products?

The answer is easy – it’s profitable. And it’s the wave of the future.

A Boost to Smoke Shop Revenues

Liz DePietro, a smoke shop owner from Atlanta started offering vape products in 2013. She tells us that the sales of these products has easily surpassed the sales of tobacco products.

In fact, the space she dedicates to vaping products now occupies 40 percent of her stores and generates far more revenue per foot than traditional tobacco products. She estimated she boosted her income by well over 10 percent in her three shops and online store at VapeSpot.com.

I personally met up with Liz at Vaptoberfest in 2013, when she was beginning her journey to get ahead of the curve and start integrating vaping products with her regular tobacco line. She told me she was blown away at the energy and the variety of products available.

Another client, Chad Love, purchased Blue Ridge Smoke and Vapor in Wytheville, VA, a rural conventional smoke shop that had been in business for 15 years with a high volume clientele. Though business was steady, their profits were squeezed. 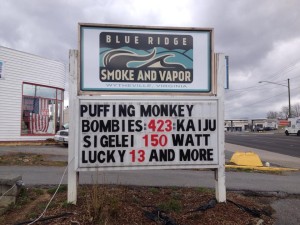 Chad converted about half the store to create a vape shop, complete with a tasting bar and a wide selection of hardware and e-liquids. Initially, they started off dedicating about 20 percent of their display space to vape products.

Chad said they’re slowly phasing out tobacco products, since their monthly vape revenue continues to increase about 20 percent every month.

“As our vape profits grew, we converted more and more space to this side of our business. It’s grown to 40 to 45 percent and increasing monthly,” he said.

Vape hardware sales were robust from the outset, which enabled them to increase their inventory by several hundred percent. “In the first three months, most of our sales were starter kits. It’s now about 50-50 between hardware and e-liquids,” Chad said.

Keep in mind that margins on hardware are usually over 100 percent, and e-liquid margins are even higher. Tobacco products were strong, but resulted in more work and less profit, he said.

If you’re a smoke shop owner, here are five really good reasons to include vaping products in your store:

Products in the VTM market fall into two major categories: hardware and e-liquids. Most people who are new to vaping buy a “starter kit” which is relatively inexpensive – generally less than $30. These simple devices allow the consumer to vape an e-liquid, usually containing nicotine. They’re not that complicated and don’t require a lot of education.

Grimm Green, a top reviewer of vaping hardware and an instructor at VapeMentors’ VAPE U course that help vape and smoke shop owners apply the “six pillars of vape space success,” recommends these “must-have” starter kits:

The e-liquid side of the market offers fantastic profit margins – as high as 100 to 300 percent. Compare that to the margins for most tobacco products and you’ll see the advantage of offering the same high volume, high profit products that have become the lifeblood of vape shops.

There are literally thousands of e-liquid brands on the market, so building a product line can be a little daunting. At VapeMentors, we’re helping many vape and smoke shop owners cut through the clutter and develop relationships with the best of the best – or the “Masters of Vape” as we call the owners of the leading e-liquid brands.

So what will it be? Will you stick with your traditional ways of doing business and become  antiquated like the cigar store Indian? Or will you embrace vaping and transition your smoke shop for the future?

For more information and resources on making the transition into selling vape products, check out VapeMentors’ comprehensive list of Resources.