In April 2014, the FDA issued their latest Deeming Regulations. An updated decision is expected in summer of 2015.

If you Google “vape” you’ll get 24.9M hits, up from 3.1M hits in May 2014. Wow. The word “vaping” will generate 10.2M hits, up from $1.7M hits at that same time. Those are meaningful numbers and shows that people are talking about and writing about and curious about this industry. These numbers just keep climbing. And thanks for getting us on page one of both those SEO terms.

This vaping industry, once fringe, is now mainstream and weekly articles are reported in unexpected publications like the Wall Street Journal and even The Economist, a pretty lofty publication. There are media reports-usually negative and mostly inaccurate—that are clogging up the media, which by the way—loves controversy. If they smell something that people are curious about and want to know answers, they want to give it to them. Even if the information is wrong. Many E-cigarette advocates are relieved and even encouraged by the 241-page behemoth of a proposal. There has been a lot of political pressure from cities and states that are looking for some direction (i.e., someone to blame) and aside from the uncertainties of the business, what was even more important was sales to underage buyers. Some of that is addressed in this report.

Here are the most significant bullet points of the proposal: 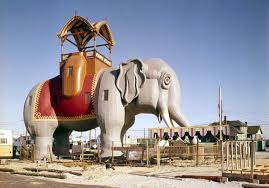 We are good with all of those items and most don’t affect the consumer, though much affects the Vape Shops and especially manufacturers. The most significant piece, the last on the list, requires companies to submit an application for all technology and products released since February 2007.  The FDA will review these applications and determine whether the products should be allowed on market.  This effectively applies to all up to date electronic cigarettes. This application must happen within 2 years and the FDA will review the application at whatever pace it wants. So what criteria does the FDA use? Again, this affects manufacturers much more than consumers, but it does impact juice producers.

The biggest targets in that agenda is the Big Tobacco and similar producers of e-cigs. The technology involved is much more elaborate and complex than in batching up juice, so they will be spending millions of dollars to validate their materials and processes and prove that they have a “safe” product. This hamstrings technological advancement in the industry moving forward and could mean they will spend more time defending themselves than improving things that need improving. It seems likely that the date of final regulation will get pushed forward in negotiation — probably to whenever the regulation officially becomes active.  Maybe the FDA goal to use that date as a bargaining chip. There is one bit of more good than bad news and that is the requirement that manufacturers require scientific evidence to substantiate any claims they make that e-cigs are safer than tobacco cigarettes.

Most experts agree that there is no question on this fact and electronic cigarettes are safer than tobacco cigarettes, though the FDA could push for a ludicrously high standard to prove lower harm. However, this does mean that the FDA accepts some nicotine products are potentially safer than others and is open to allowing companies to make this claim. The war is far from over and in real world terms the likelihood of any laws enacted any time “soon” is remote. Even so, take the higher ground and do the following:

Absolutely stay informed and involved. Listen to some of the amazing interviews we have had with RJ Reynolds, Mystic and others on  Vape Radio. RJ Reynolds created “RJ Vapors” and are leaders in the e-cig space with “Vuse.”

They call it a “nicotine delivery device” rather than an e-cigarette, and have others following suit. Their interview shares much of what has been happening behind the scenes and we have manky conversations with other “Movers & Shakers.” Let us know if you would like to be part of the show: www.VapeRadio.com