I hate Chinese New Year (CNY)! Don’t get me wrong, I love Chinese culture but for an industry that depends so heavy on trendy products that mostly come from China, its crazy to see all that come to a halt for like a month. Not only that but CNY comes during Tax season when so many more customers will have more spending money.

So why did I go on a little rant about CNY? Well its because almost every month at least 50% of my sales are from 2 or 3 products that are hot that month. With nothing new being announced for a solid month, there is only “old” products to sell. In only a matter of months many products become obsolete and lose their profit margins.

But thankfuly that is coming to an end. I went to ECC in Ontario CA early Feb, 2018. There was a lot of hardware manufacturers there all showing unannounced products that will be officially announced post CNY, Pure gold.

Here are the products I feel you should prepare now for. 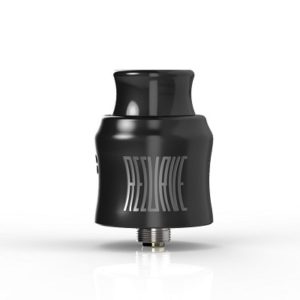 The Recurve RDA is a sexy looking RDA brought to you by one of the most well known YouTubers out there, Mike Vapes. Its a single coil 24mm RDA with a very unique deck. This RDA has a lot of buzz and after official announcement has a lot more excitment behind it than other products. I have just made the pre-orders live and sales are very good within a few short hours. This is going to be one of the best selling RDAs of 2018. 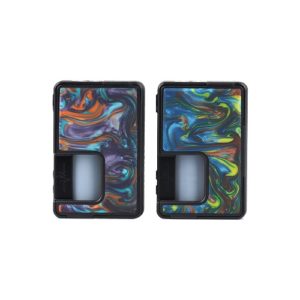 This will be the single most important product to have the first half of 2018, no question. Why? Well because its unregulated little brother the Pulse BF Box Mod was the first mass produced squonk mod that was not only a quality product but retailed for less than $40. This brought squonking to the majority of vapers never before. It was also my best seller of all time, I sold over 500 units of these through my website because I was prepared for these before they were ever released. Hell, I sold more of these than some distros.

The new Regulated Pulse by Vandy Vape is not only going to kill 2018 because of the popularity of the Pulse line but this will be one of the only regulated single battery mods that work well and are affordable. I can only only think of 3 other single battery regulated squonk mods, and only 1 out of the 3 was really any good. The Pulse 80w will take a 18650 or a 20700 battery (if you don’t have 20700 batteries in your shop, get some now!) and is powered by the very capable Vandy Vape chip. The MRSP for the version without the bottle is 65.

If you only get one of the products in this list, make it this one.

The original Aegis mod was also very popular in 2017. It was the first waterproof mod to be as main stream as this one. Not only was it water proof but it was tough as hell. Reviewers on YouTube made videos running it over with a car and then picking it up and vaping it. It fit in the hand great and was powered by a single 26650.

The Aegis Legend will have all the same features of the original Aegis but will take duel 18650 or 20700 batteries. If they do not do anything else, this will be enough. Unlike the 26650, everyone has 18650 batteries and the 20700 battery is very hot and trendy right now. The 26650 battery is just old and never really caught on that much.

Alot of your customers will want this to be their work beater mod.

The Lit RDA by Vandy Vape

I honestly  there is not a lot I can share about this one yet. But they were showing this off at ECC and this will be one of Vandy Vapes next products. Almost anything Vandy Vape comes out with sells well. Your going to want to get in on first batch, especially if you sell on line. 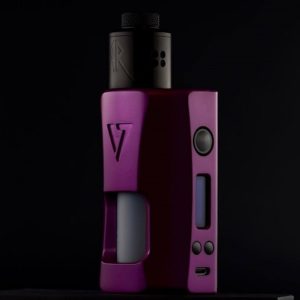 The squonk mod craze is still going and there is still room out there for more regulated squonkers. The Rage Squonk Mod is powered by duel 18650 battery and is very high quality. Its has a unique way of pulling out and inserting the squonk bottle on the bottom of the mod. Plus there is not very many duel battery regulated squonkers out there, especially with OhmBoy OC’s name attached to it. If you do not know who that it is you should. He created the Recoil RDA with Grimm Green and shares the same fan base as Grimm Green. So the mod will sell itself. Most people that follow Grimm will most likely buy this mod if they are looking for a duel battery squonker.

The mod has a lot of hype and it will be slightly more expensive than other mods, retailing at $99.99. The good news is though that Duane (Ohmboy OC) will be enforcing the price so the margin should hold on this. Wholesale starts out at around $60. You can send Duane a email if you want to get some of these for your shop, ohmboyoc@gmail.com.

Brett is the founder of TheCloudyVapor.com, a six-figure eCommerce site that is well known for having the latest vape hardware.