If Vaporizers Are So Bad Why Don’t Statistics Show It? 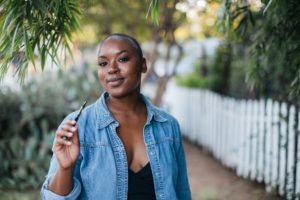 Although cigarette smokers are at an all-time low on a national level, the number of vapers is continually rising.

And as vaping becomes more and more popular and as new dab pens and vaping devices continue to flood the market, there are rising concerns about the safety of vaping. So much so, that many have called for a ban on all vaping products.

Is this ban justified? Is using a vaporizer so bad? Let’s find out.

What do the Statistics Show?

Vaping hasn’t been around long enough for any significant studies to be done on it. We need more time and more research to showcase the long-term effects of vaping, and whether it’s good or bad for you.

And what little research we have right now is inconclusive, to say the least. Still, there are some concerning reports.

As of February 2020, 2,807 EVALI cases or deaths have been reported in the US. The report’s received extensive media coverage, hence the call for a ban.

However, what hasn’t been covered by the media is the fact that a majority of EVALI cases affected those who modified their vaping devices or used home-made or altered e-liquids – mainly in an attempt to add THC to the liquid.

Another thing of note that’s commonly left out in the media reports is that it’s E acetate that’s been identified as the main culprit in EVALI cases. E acetate is used as a thickening agent for THC e-liquids.

Not Everyone Has the Same Problems

While vaping gets somewhat of a bad rep in the US, it appears that it’s the only country where vaping illnesses and deaths occur.

Toxicology and addiction experts confirm that severe cases of lung injury linked to vaping are a US-specific phenomenon. In countries like Britain, where vaping is on the rise, no similar cases have been reported.

The UK has regulated vaporizers as smoking cessation devices, so e-liquids are closely monitored and tightly regulated, and few users fiddle with their vaping devices and e-liquids at home.

Studies have shown that e-cigarettes are as effective as traditional nicotine replacement therapy, if not even more so. Since it’s well known that smoking is a deadly habit, banning effective smoking cessation devices would do more harm than good.

The Thing About Combustion

The main reason why many countries have included vaporizers as safe smoking cessation devices is that vaping doesn’t produce nearly as many toxic chemicals as smoking does.

Regular tobacco cigarettes contain thousands of harmful chemicals that are released and subsequently inhaled due to combustion. Burning tobacco produces hydrogen cyanide, ammonia, arsenic, formaldehyde, and more, all of which are highly toxic.

That’s why vaping is considered a safer alternative. Vaping devices rely either on convection or conduction (or a hybrid of both) to produce the aerosol that you inhale. Convection vaporizers use a stream of hot air to heat up the liquid and vaporize it, while conduction vaporizers use direct heat, but don’t burn the e-liquid or herb.

Without combustion, significantly fewer toxins are released. Evidence suggests that smokers who switch from traditional tobacco cigarettes to e-cigarettes stand to gain significant health benefits because no combustion is involved in the process.

Another reason why traditional cigarettes are truly bad for you is that they contain nicotine, a highly addictive substance that makes it extremely difficult to quit smoking.

Nicotine is potent and can have a variety of effects on your body and brain, without you even realizing it. It can boost your mood and concentration and help you feel more relaxed; it can reduce depressive symptoms and affect your appetite.

These are all the reasons why it’s so addictive, and quitting cold turkey can result in severe nicotine withdrawal symptoms. You can experience insomnia, headaches, anxiety, nausea, and more.

The best way to quit smoking is to wean off the nicotine slowly. That’s what vaping devices allow you to do.

Brands such as Vape Dinner Lady e-liquid can come with or without nicotine, and you can choose your nicotine concentration. Slowly reducing nicotine content has proven to be the most efficient way to reduce nicotine dependence and quit smoking altogether.

The Problem Lies with DIY-ing

Inhaling anything can be risky. You risk lung injury from inhaling dust, burned muffins, even nail filings. This means that vaping is not entirely free of risks, but it’s a much safer alternative to smoking, and it can help you quit smoking and improve your overall health.

The major problem with vaping is that many people try to DIY their way around e-liquids or fiddle around with their vaporizers too much.

So, to avoid risks and enjoy your vaping session to the fullest, only buy new vape pens and e-liquids from reputable sources, and don’t mess with them.