The Vaping Bubble: Is it Inevitable?

This report was first published in the spring of 2014. There were many questions and not many answers then and the question of an impeding collapse of the brick and mortar and e-liquid markets has come up repeatedly. This is about the “B” word that no one wants to talk about.

The proverbial “elephant in the room:” the vaping bubble – can your market support yet another vape shop? Are there too many stores in your area already? That’s how we define a bubble.

In many cases you don’t see it until it has burst or it’s too late.

We all saw millions of people plunge off the dot.com and real estate ledge into financial destruction in the late 90’s. I shouldn’t have to mention the 2008 crash…
The vaping market has grown from a few hundred thousand annual revenue a few years ago to a 3.5 billion industry and projected to hit $10B by 2018. This per Bonnie Herzog, a Financial Analyst with Wells Fargo Securities and one of the most significant financial professionals following the industry. 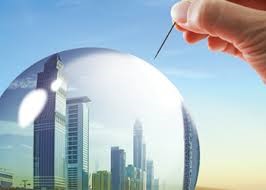 Herzog at one time estimated there to be 10,000 vape stores in the US, which we disagreed with, and according to several database compilers out there, we’re probably at 6,000 to 8,000 shops.

How many shops can a community sustain? Vape shops are not a commodity yet, and unlike gas stations, fast food and banks, we have a select and well defined—but growing—market.

Shops are beginning to fail. Not a lot, but in numbers that are coming to my attention. Closings are not always a bad thing and in many cases it’s a good thing, but when an industry takes off like a rocket ship without any slowing and then starts to falter, those are the signs that I look for.

We’ve been working with two universities in Southern California that are researching this market.Some interesting demographic information was revealed with one of the universities. The cities of Garden Grove, Santa Ana, and Westminster were evaluated. These central Orange County locations are a great snapshot of the cities where vape shops have become commonplace – more than a dozen shops exist in all these markets.

These markets are also very ethnic heavy concentrations with two of the three being highly skewed towards Asian and the other towards Hispanics. These cities were chosen by the university but even though they may have a more diverse population than others, it’s a good snapshot. In Southern California where we do have a more diverse population than many others, there is no question this industry has been embraced very heavily by the Asian segment.

The cities have the following per capita store concentration.

Are there too many Vape Shops in this small population segment?

Are there too many in any area, city or state, or nation for that matter?

The answer is a definite NO. There are and will be areas that will become overly saturated but that does not mean you should stay away. Sometimes just the opposite. When businesses become complacent they sometimes become lazy and develop bad habits which is a great opportunity for a new entrepreneur (you) to swoop in and dominate the market.