5 Things To Say Other Than “Quit Smoking With Vaping”

Vape shops and eliquid companies want so badly to tell the truth about vaping – that it can help you quit smoking.

Unfortunately, there are laws that prevent us from using “health claims” and “cessation claims”. For instance, we cannot say “vaping is safer than smoking”, or that “vaping will help you quit smoking”. Even though we know in our hearts it’s true, we can get in a lot of legal trouble for doing so.

Thanks to Dave Norris, and Brian Uzun for your contributions to this discussion on our Facebook group.

Here are 5 quick ideas for phrasing the conversation in your marketing and in your conversations that will keep you out of trouble, but will still sound appealing to your customer.

Why it’s OK: It’s not saying that if you switch, you’ll quit smoking. It’s only encouraging that you switch.

Why it works: People that are thinking of quitting have maybe heard of vaping and thought about trying it, so this can play on those feelings. You are also giving a strong call to action with a definite deadline of “today”.

“Replace Your Smoking Habit With Vaping”

Why it’s OK: Just like the first one, it is only encouraging that you switch or “replace” your habit. They can determine for themselves if it’s safer.

Why it works: I almost wrote “Replace that disgusting smoking habit with vaping” but I felt it may be too crass. Nonetheless, people that smoke know it’s a bad habit, but habits are hard to break. This is why smoking is so hard to quit. By helping them visualize an alternative, it allows them to understand that they don’t need to give up the habit completely, just modify it slightly.

Why it’s OK: No health or cessation claims, just a suggestion that it’s still satisfying.

Why it works: Smokers that don’t know about vaping may think that it won’t satisfy their cravings, or that because it doesn’t have the strong tobacco flavors they won’t like it. While this could be true for some, it’s a common misconception. This phrasing helps them understand that vaping can still be satisfying to a lifelong smoker.

Why it’s OK: No health or cessation claims. You are only acknowledging that there are alternatives.

Why it works: People struggle for years to quit smoking. Using empathy in your marketing copy is a great way to connect with the audience and endear them to your position. Once you have their ear you can suggest to them that switching could be a viable option.

Why it’s OK: No health or cessation claims. Admittedly, the charge that vaping is cheaper than smoking is debatable. Cost can depend on a lot of things: local tobacco tax rates; the individual’s smoking habits; the type of juice they would potentially buy; etc… Regardless the argument can be made with some simple calculations.

Why it works: People love saving money! Plus, they may not realize that vaping CAN be cheaper than smoking, especially in the long run.

Why it’s OK: No health or cessation claims. You don’t need a GD scientific study to know that smoking makes your clothes stink!

Why it works: Smoking IS stinky, and more often than not a smoker has heard from one of their friends or family members that they are tired of the smell. I don’t know about you but I’ll do just about anything to avoid feeling nagged!

Thanks to Marc Slis for this awesome contribution. 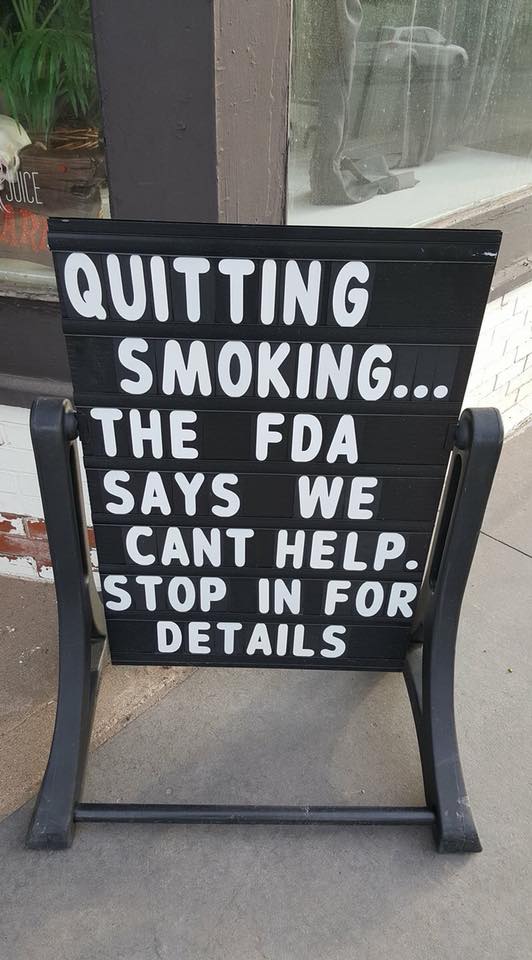 Why it’s OK: This is a simple fact… the FDA DOES say that it can’t help you quit. No cessation claims are made at all.

Why it works: This is a perfect example of “interrupt marketing”. Any smoker that sees “Quit smoking” is going to stop and read it. Then, the conversation is left wide open by bringing up the legalities of such a claim. Finally, there is a clear call to action at the end to come inside. It’s quite genius.

Why This Is Important

Ignoring the fact that not following these rules can get you in trouble, this is about the perception in the industry at large. We need to play along not just for our own individual survival, but for the entire industry. If we show a weakness, they’ll pounce (I’ll let you decide who “THEY” is). 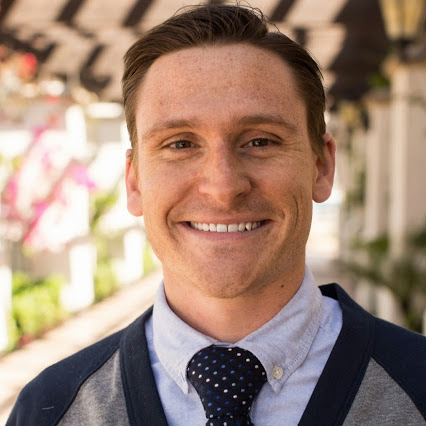 Jesse is the Digital Marketing Director at VapeMentors and Chief Technology Mentor. He is an ecommerce and internet marketing expert with a background in business and technology.